The Most Fun You'll Ever Have Being Scared: Creepshow at 40 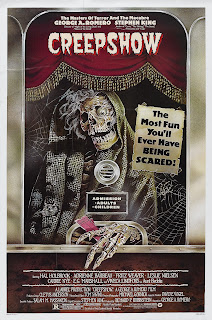 The lurid contents of Creepshow's first issue are described by Stan, the angry dad who's enraged to see what his son Billy has been reading as "...things coming out of crates and eating people, dead people coming back to life, people turning into weeds." Stan (played by an uncredited Tom Atkins) is so incensed at the sight of this trash in his house that he gives his mouthy kid (played by Stephen King's son Joe King, known today as successful novelist Joe Hill) a good smack, reminds him of who puts the bread on the table and puts the offending comic out with the rest of the trash that's waiting on the tree belt. 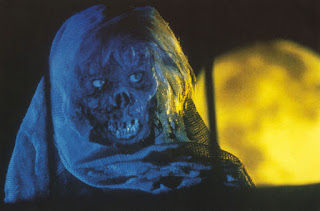 Ah, but Billy has a guardian angel of sorts in the form of Creepshow's skeletal host. Just after Billy has expressed his wish that his father rot in hell, lightening flashes and The Creep appears outside his bedroom window. As Billy grins and punches his fist into his palm, it seems these two have some ideas for dealing with asshole dads who throw out their kid's comics. At the very least, when it comes to the matter of payback, we sense that they're on the same (comic book) page. 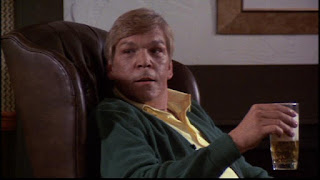 First, though, after Stan has set us up to expect the worst (meaning, of course, the best), we're going to see all the stuff that got him so worked up. The comic pages flip open in the wind (with animation courtesy of Rick Catizone, who was called in when live action footage of the mock up comic proved to be unsatisfactory) and the Creepshow begins. 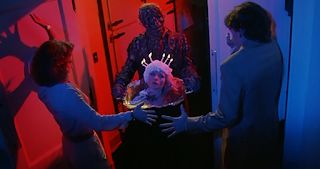 Sure enough, right off the bat, we get a corpse coming out of the goddamned ground as a long dead patriarch crawls out of the grave searching for his cake on Father's Day. Over the course of five jolting tales of horror, author Stephen King and director George Romero, both at the top of their game in the early '80s, toast the spirit of the disreputable 1950's EC Comics they were weaned on, all of it brought to life with an adherence to the stylized feel of a comic, with shots suddenly bathed in garish, saturated colors, page flips that transition from one scene to the next, and moments when the background behind the actors will vanish, replaced by a jagged pattern painted onto plexiglass lit from behind with colored light. A movie from two men who became acclaimed, successful artists by indulging in all the things that adults told them would rot their brains, Creepshow is a celebration of what has always been, despite the hysteria of moral watchdogs, good clean fun. 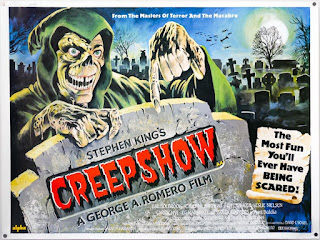 Unlike the Amicus anthologies Tales from the Crypt (1972) and Vault of Horror (1973), Creepshow's tales were not adaptations of classic EC yarns but King stories in the EC vein that had either been published prior ("The Lonesome Death of Jordy Verill" appeared as "Weeds" in the May 1976 issue of Cavalier and "The Crate" was first published in the July '79 issue of Gallery) or were original to Creepshow. The stories here have all become beloved in their own right with even the weakest of them containing their share of indelible moments and classic lines (even if it's only "Meteor Shit!"). 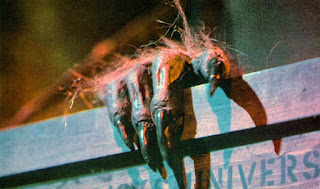 With make-up master Tom Savini (Dawn of the Dead, Friday the 13th) handling the special effects, Creepshow offers a full buffet of ghastliness. All the hideous things that Stan described with such disdain are present and accounted for. Stretching past the splatter FX he was known for, Creepshow saw Savini delivering more elaborate make-ups and designing an actual creature here in the form of the toothy occupant of "The Crate," dubbed 'Fluffy' on set. With Savini and his crew having been pushed to their limits and in some cases working in unfamiliar, untried territory, there is an uneven quality to Creepshow's FX but I'd argue that the occasional instances when Savini's illusions come up a little short are just part of Creepshow's charm. There's a handmade feel to everything here. If some of it might fail to convince, oh well. 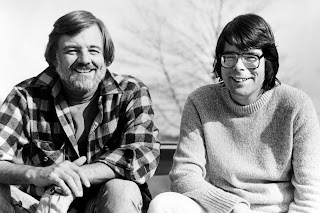 As with any cult classic, Creepshow's imperfections have become inseparable from what fans cherish about it. For instance, could Creepshow have benefited by being a tighter movie? I think so. For a movie that's supposed to be analogous to reading a comic, Creepshow feels like it's adapted from a comic that's as thick as a phone book. As opposed to the trim running times of Crypt and Vault (83 minutes and 86 minutes, respectively), Creepshow clocks in at a whopping 120 minutes (King's first draft screenplay was an absurd 142 pages). Two hours is way too long for an anthology film to maintain any momentum. 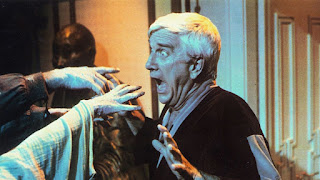 "Jordy" and "Something to Tide You Over" are regarded with affection by fans but right from the screenplay stage they should have been dropped in favor of one stronger segment (maybe "The Hitchhiker," which made its way into Creepshow 2). As difficult as I'm sure it would be to critique the work of the most popular author in the world, especially when it's someone that you have a friendly relationship with, in collaborating with King, Romero could have stood to be a little more demanding. Reportedly Romero started shooting Creepshow as soon as King handed in his first draft and I think that impulse to just keep it amicable and not question whether there was room for improvement shows in the final product. If these guys were a little harder on each other, I think Creepshow would have been better for it. 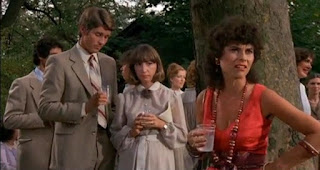 That said, whatever fatigue that sets in midway through Creepshow is alleviated by its final segments, "The Crate" and "They're Creeping Up On You." Two classics, both featuring iconic performances in the form of Adrienne Barbeau as Billie, the ball busting wife to the long suffering Hal Holbrook, and E.G. Marshall as germaphobic, racist millionaire Upston Pratt, ensconced in his hermetically sealed, dirt-free, bug-free apartment. 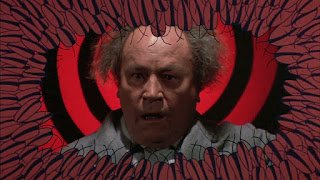 These two segments were already the most sharply written to begin with but the performances of Barbeau and Marshall make them indelible. Romero was working with his most high profile cast to date here, with everyone from Ed Harris to Leslie Nielsen to Fritz Weaver, so the acting is notably good throughout (even Stephen King does just fine as Jordy Verill) but Barbeau and Marshall are having a whole other level of fun. 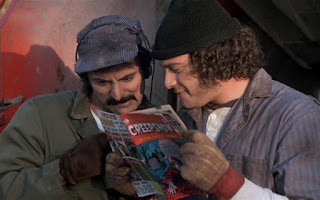 Once "Creeping" ends with Savini's most show stopping gore gag, with E.G. Marshall's chest erupting in an explosion of cockroaches, we return to Stan and Billy for the wrap up (although not before Billy's copy of Creepshow is recovered by Savini himself in his cameo as a garbage man). 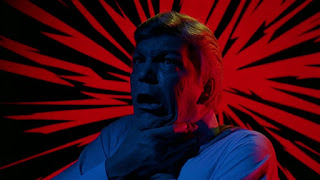 One might argue that Stan's punishment at Billy's hands with Billy causing Stan to clutch his throat as Billy jabs a needle in a voodoo doll (purchased through an ad in Creepshow, natch), doesn't quite fit the crime (although I guess it depends on how far Billy takes things - does he just inflict some pain on Stan or does he flat out murder him? I like to think it's the former and that he's just content to make Stan uncomfortable) but we're in the world of Creepshow and punishments for even the most trivial offenses are always going to be supersized. 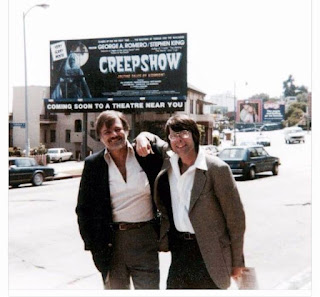 However we might imagine things might go for Stan, Creepshow closes on an "all's well that ends well" note. In real life, it was a slightly different story. Meant to prove the commercial viability of a King/Romero collaboration in order to interest studios in investing in a planned two film adaptation of The Stand, Creepshow didn't quite make the box office splash they were hoping for. When it was released on November 12th, 1982, it only did good, not great, business. As a result, Romero didn't get that hoped for bump, leaving Creepshow to mark a passing moment of time when Romero was briefly primed to jump to the next level but didn't. While it didn't give Romero the commercial clout that he and King wanted it to, Creepshow still stands as a lovingly crafted valentine to, as Stan calls it, "all that horror crap."